You are here: Home / Family / Should I have a second child? Show me the research! 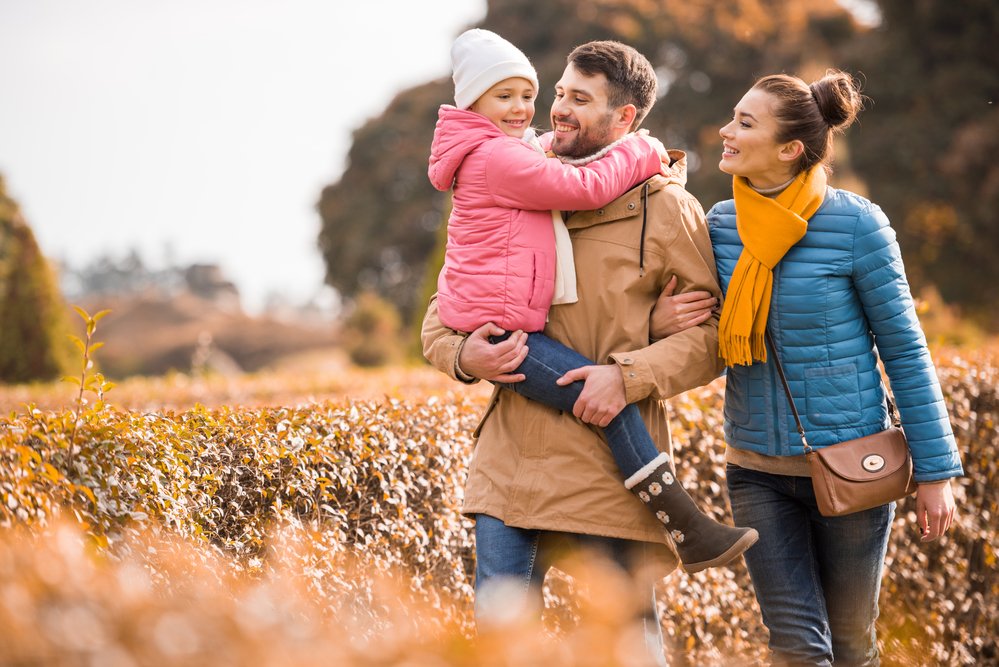 Should you have a second or third child? See the research on how the number of children one has affects their health and happiness, and decide for yourself!

See also: How a second child affects your entire life, according to research

Does a second child decrease happiness?

Having a second child makes a woman less satisfied; only some types of men benefit

This article investigates whether and how having a child impacts an individual’s subjective well-being. People with different family orientations have different values, gender attitudes, preferences toward career and family, and expectations about how childbearing can affect their subjective well-being. We define three groups of people based on their family orientations: Traditional, Mixed, and Modern. We show that parents are significantly more satisfied than nonparents, and this effect is stronger among men than among women. For men, we do not find significant differences across family orientations groups in the effect of the birth of the first child on lifesatisfaction. Among women, only Traditional mothers seem to be more satisfied than their childless counterparts. Women who have a second child are never more satisfied than those who have only one child, regardless of their family orientations. Traditional and Mixed men experience a gain in lifesatisfactionwhen they have a second child, but this effect is not found for Modern men.

Having a second child decreases happiness in women, has no effect on men

Economic and rational-choice theories suggest that individuals form unions or have children because these decisions increase their subjective well-being or “happiness.” We investigate this relation using within-MZ (identical) twin pair estimates to control for unobserved factors, such as optimistic preferences, that may simultaneously affect happiness, partnerships, and fertility. Our findings, based on Danish twins aged 25–45 and 50–70 years old, include the following. (1) Currently being in a partnership has large positive effects on happiness. (2) A first child substantially increases well-being, in analyses without controls for partnerships, and males enjoy an almost 75 percent larger happiness gain from a first-born son than from a first-born daughter; however, only females enjoy a happiness gain from the first-born child with controls for partnerships. (3) Additional children beyond the first child have a negative effect on subjective well-being for females, while there is no effect for males. (4) Ever having had children does not significantly affect the subjective well-being of males or females aged 50–70 years.

Clark & Oswald (2002) used panel data from the British Household Panel Study to estimate fixed-effects models that measure the impact of entry into parenthood on subjective well-being. After controlling for individual effects, they found that having children is not associated with increased well-being. They also noted the negative influence of higher-parity births (i.e. third or higher-order children).

Most empirical analyses yield only a modest relationship between parenthood and psychological well-being. Usually, but not always, it is negative. In this study we consider the relationship between parental status and several dimensions of psychological well-being. Our analysis is based on data from a large national survey. It suggests that children have positive and negative effects on the psychological well-being of parents. The balance of positive and negative effects associated with parenthood depends on residential status of the child, age of youngest child, marital status of the parent, and the particular dimension of psychological well-being examined. When compared with nonparents, parents with children in the home have low levels of affective well-being and satisfaction, and high levels of life-meaning; parents with adult children living away from home have high levels of affective well-being, satisfaction, and life-meaning. The widowed appear to benefit most from parenthood and the divorced appear to experience the greatest costs.

Does a second child increase happiness?

Among women, having more children decreases risk of suicide

The hypothesis of a negative association between rates of suicide and number of children in marriage was investigated in a prospective study of 989,949 women followed up for 15 years (1970 through 1985) with 1190 deaths from suicide. Women who had never married exhibited higher relative risks for suicide than married parous and married nonparous women for all age groups younger than 65 years at the start of follow-up. Among the married, the parous women had lower relative risks than nonparous women for all ages. For both premenopausal and postmenopausal women, a strong linear decrease in relative risk for suicide with increasing number of children in marriage was found. The effect of number of children was independent of social class measured as years of completed schooling. The findings provide the first empirical support for theories of parenthood and suicide advanced by Durkheim almost 100 years ago.

Life satisfaction increases with number of children in married people

We investigate the relationship between having children at home and life satisfaction. Contrary to much of the literature, our results are consistent with an effect of children on life satisfaction that is positive, large and increasing in the number of children. The effect, however, is contingent on the individual’s characteristics. In particular, our findings are consistent with children making married people better off, while most unmarried individuals appear to be worse off with children. We also analyze the role of factors such as gender, age, income and education.

In Russia, life satisfaction increases more after second birth, with a positive effect in the long run

We apply fixed effect regression for panel data to the Russia Longitudinal Monitoring Survey data covering the period 1994–2015. The results show that in Russia parental life satisfaction increases during a first birth, but the increase is stronger at a second birth. The effect of parenthood on life satisfaction is positive in the long run. Moreover, younger age at first birth temporarily (but not in the long run) suppresses the long-term positive effect of parenthood on life satisfaction. These results provide little support to the set-point theory of happiness, but are consistent with selection to parenthood and with the demands and rewards approach.

Does a second child have no effect on happiness?

Family size has no effect on life satisfaction after controlling for socioeconomic status, health, and friends

The relationships between 22 variables and life satisfaction are explored, testing in particular for partial effects and determining the extent to which each predictor makes an independent contribution to explaining perceived satisfaction. Holding socioeconomic status constant, generally observed relationships such as between life satisfaction and age, marital status, and family size disappear. Other relationships found in previous research are reduced in magnitude by the introduction of the control variables. Computing standardized partial beta coefficients, it is found that the best predictors of life satisfaction are socioeconomic status, perceived health status, and informal participation with nonkinsmen. Neither interaction with kin nor most of the social and personal background characteristics considered contribute significantly to explaining reported satisfaction.

How does a second child affect family life?

This paper brings together previous research on the relationship of family size to family relationships and attitudes. It reduces the rather diverse findings to four propositions dealing with affect, interaction and stress. It submits these propositions to additional tests utilizing secondary data from two large surveys. Substantively families of three or four children rank lower in all of the analyses than do families with one or two children, even with social class constant. Large families with five or more children rank lower than one or two-child families in all analyses but in some analyses they rank higher than families with three or four children.

Parents of preschoolers are least happy with their partners

How does a second child affect happiness in old age?

Older adults with an only child (n = 57) were compared with parents with two or three children (n = 139) and parents with four or more children (n = 83) with regard to filial expectations and frequency of parent-child association and assistance. The results showed no differences between groups with regard to filial expectations. Parents of only children, however, were less likely to receive assistance and to have seen a child in the last day or two.

Objectives: Gender differences of social interactions and their effects on subjective well-being among Japanese elders over three years were examined. Methods: Repeated measurements of 498 elders over a three-year survey interval were obtained from a baseline mail survey and two- and three-year follow-up surveys. Male elders were more likely to have a spouse and work at paid jobs, while female elders were likely to have more frequent contacts with their child/children and more interactions with friends. Among female elders only, the number of children had beneficial effects on life satisfaction.

In Korea, older adults with more kids enjoy a higher quality of life

Older men benefit emotionally from having a large number of children

Using a well-established panel survey-the Ethiopian Rural Household Survey – we investigate the empirical relationship between fertility and lifesatisfactionin rural Ethiopia. We hypothesize that this relationship varies by gender and across lifestages, being more positive for men and for parents in old age. Indeed, our results suggest that older men benefit the most in terms of life satisfaction from having a large number of children, while the recent birth of a child is detrimental for the subjective well-being of women at reproductive ages.

The literature on fertility and happiness has neglected comparative analysis. we investigate the fertility/happiness association using data from the World Values Surveys for 86 countries. we find that, globally, happiness decreases with the number of children. this association, however, is strongly modifed by individual and contextual factors. Most importantly, we find that the association between happiness and fertility evolves from negative to neutral to positive above age 40, and is strongest among those who are likely to beneft most from upward intergenerational transfers. in addition, analyses by welfare regime show that the negative fertility/ happiness association for younger adults is weakest in countries with high public support for families, and the positive association above age 40 is strongest in countries where old‐age support depends mostly on the family. Overall these results suggest that children are a long‐term investment in well‐being, and highlight the importance of the life‐cycle stage and contextual factors in explaining the happiness/fertility association.

How does a second child affect health?

Having another child increases risk of obesity by 7% in women, 4% in men

Cardiovascular disease risk is lowest for those with two children

Mortality risk lowest for those with two children

We investigated the association between numberof offspring and later-life mortality of Finnish men and women. We used a longitudinal 1950 census sample to estimate mortalityat ages 50-72. Relative to parents of two children, all-cause mortalityis highest among childless men and women, and elevated among those with one child, independently of observed confounders. Fixed-effect models, which control for unobserved characteristics shared by siblings, clearly support these findings among men. Cardiovascular mortalityis higher among men with no, one, or at least four childrenthan among those with two.

Mortality risk is lowest for mothers of 2 to 4 children

This prospective population-based study included 40,454 mothers who were followed for an average of 37 years after the birth of their first child. RESULTS: After adjustment for sociodemographic characteristics and maternal health and obstetric conditions, higher mortalityrates were observed for mothers of 1 child (hazard ratio [HR], 1.18), mothers of 5 to 9 children (HR, 1.21), and mothers of 10 or more children (HR, 1.49) compared with mothers of 2 to 4 children.

Expenditures on Children by Families, 2013, USDA

A second child costs roughly $10,230 more per year on average for married couples.

How a second child affects your entire life, according to research
Next Post: The only child: everything you need to know, answered by research