You are here: Home / Health / Running may be good for your knees 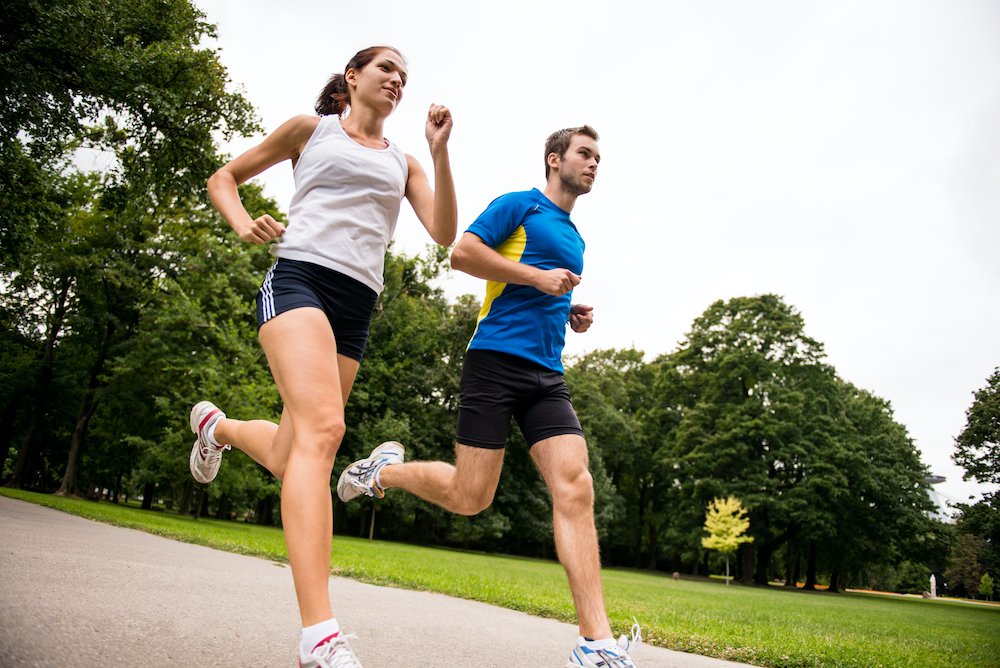 The average runner may be improving their joint health. Large studies looked at the effects of running over time, and found no increased risk of arthritis in the knees or hips. Some studies even found a reduced risk of knee and hip arthritis among recreational runners, including one large-scale meta-analysis of 114,829 participants.

Is running bad for your joints?

Running reduces risk of surgery for osteoarthritis by 64% (review)

Findings of 15 studies: 11 cohort (6 retrospective) and 4 case-control studies were mixed. Meta-analysis suggested a protective effect of running against surgery due to osteoarthritis: pooled odds ratio 0.46. Evidence relating to symptomatic outcomes was sparse and inconclusive.

Running does not increase risk of arthritis of the hip (review)

10 retrospective case control studies and 3 prospective studies were included for further analysis. The clinical examinations reported in the prospective studies did not reveal a significant difference between runners and non-runners. CONCLUSION: There is no evidence that running is associated with an increased risk for degenerative arthritis of the hip. There is no evidence for a different risk in men and women.

Long distance running may have protective effect on joints (review)

Although there are not currently enough data to give clear recom- mendations to long-distance runners, it appears that long-distance running does not increase the risk of osteoarthritis of the knees and hips for healthy people who have no other counterindications for this kind of physical activity. Long-distance running might even have a protective effect against joint degeneration.

Running does not increase risk of arthritis, unlike team and power sports (review)

The risk of incident radiographic knee/hip osteoarthritis features was increased for subjects with a history of regular sports participation. This risk depended on the type of sport (team and power sports but not endurance and running), and certain conditions (high level of practice) were closely related to the risk of injury. The risk of osteoarthritis was higher with participation in mixed sports, especially soccer or power sports, than endurance sport. However, the prevalence of clinical osteoarthritis between former elite athletes and controls was similar, with less hip/knee disability in former athletes. Moderate daily recreational or sport activities, whatever the type of sport, are not a consistent risk factor for clinical or radiographic knee/hip osteoarthritis.

Low- and moderate-volume runners appear to have no more risk of developing osteoarthritis than nonrunners. The existing literature is inconclusive about a possible association between high-volume running and the development of osteoarthritis.

The overall health benefits of cardiovascular exercise, such as running, are well established. However, it is also well established that in certain circumstances running can lead to overload injuries of muscle, tendon, and bone. In contrast, it has not been established that running leads to degeneration of articular cartilage, which is the hallmark of osteoarthritis. This article reviews the available literature on the association between running and osteoarthritis, with a focus on clinical epidemiologic studies. The preponderance of clinical reports refutes an association between running and osteoarthritis.

Runners have lower risk of developing pain in bones, ligaments or tendons (n=863)

Four hundred ninety-eight long-distance runners aged 50 to 72 years were compared with 365 community control subjects. Runners had less physical disability than age-matched control subjects and maintained more functional capacity. Differences persisted after adjustment for age, occupation, and sex, and after inclusion or exclusion of subjects with major medical problems. Musculoskeletal disability appeared to develop with age at a lower rate in runners (0.003 units per year versus 0.028) than in community control subjects, and the decreased rate was observed with both lower extremity and upper extremity functions. These data suggest positive effects of systematic aerobic running activity upon functional aspects of musculoskeletal aging.

Higher BMI, but not long distance running, associated with arthritis in knees (n=98)

What thin people eat, according to research
Next Post: How to get kids to eat healthy food: the research