You are here: Home / Family / The only child: everything you need to know, answered by research 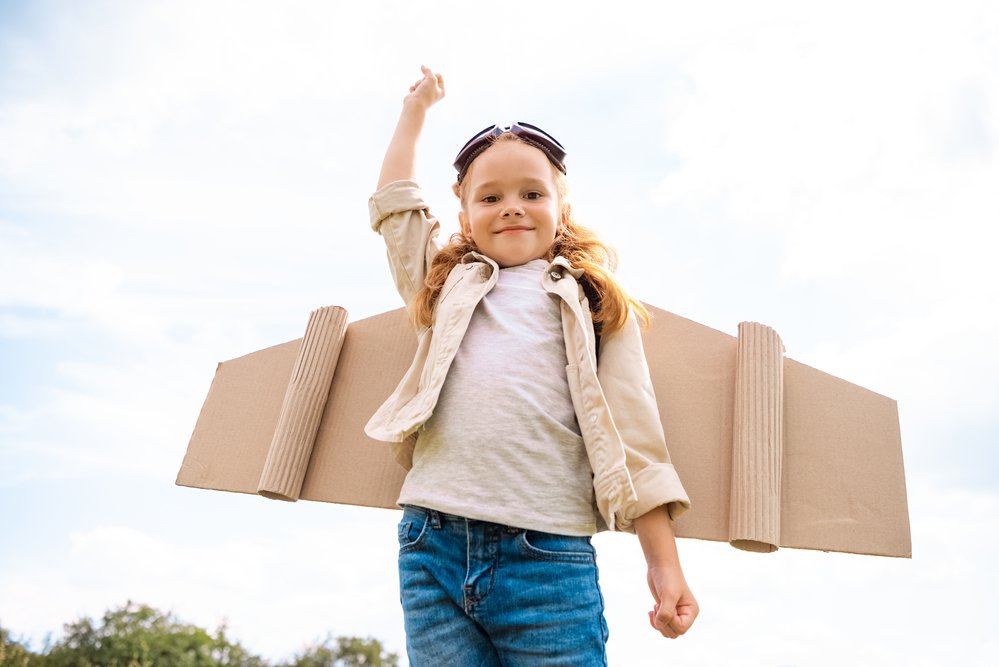 An only child is just as happy as everyone else. In fact, as kids, they are probably happier. But throughout life, they have just as many close friends. They even enjoy more career success. As they grow older, they do not feel more burdened by aging parents.

The personalities of only children are similar to first borns. However, they have higher levels of ambition, independence, character, and intelligence. They are also better adjusted. Contrary to popular belief, they are no more narcissistic or selfish.

Today, the number of only children is increasing. In the US, the rate is between 20% and 30% of families.

Related: How a second child affects your entire life, according to research

Researchers combined the data from 141 studies of birth order. Overall, only children were more ambitious. They even topped first borns on ambition.

These kids do not compete for their parent’s attention. As a result, parents are more likely to notice and praise achievements. Also, parents have more time to help with homework and drive to practice.

A study of medical students found that, even as adults, only children continue to enjoy more ambition.

However, one study found this was only true for middle class families. Only children from upper and lower class families were not more ambitious. The authors suggested that middle class parents pushed their kids hardest to succeed. For these families, one child meant more attention to success.

Only children perform better on tests of personal adjustment. Personal adjustment is how well children are able to regulate their emotions. The idea is that these kids do not have to compete with siblings for their parent’s affection. This warmth creates more emotional stability for the child.

A separate study supports this idea: only children report more positive relationships with their parents.

On a similar note, couples with one child report more marital satisfaction. Perhaps there is less conflict in one child families. This may help kids develop healthy emotions.

Another suggestion is that these children simply spend more time interacting with adults. Because of this, they model adult’s emotional maturity.

Not surprisingly, only children score higher on tests of independence. Two studies of college students came to this conclusion. Further, these children appear more independent than their first-born peers.

Similarly, children without siblings have more confidence. Perhaps all that time spent playing alone leads to a sense of personal ability. Or maybe these kids benefit from not comparing themselves to siblings.

Character describes a person’s ability to cooperate and act with maturity. A study combining 115 previous studies found that only children excelled here. They showed especially more character than kids from large families.

Other studies of adults confirm this finding. Only children tend to cooperate and show more character, even when compared to first borns.

These kids spend more time around parents than siblings. This may offer them more practice in acting like an adult.

Only children benefit from higher intelligence. Multiple studies of both children and adults support this finding. Likewise, they score higher on IQ tests than first borns or children from small families.

These kids may get more story time as toddlers. They may get more help from parents. One study found that children without siblings spent more time on homework. They also had better grades than those from large families.

Likewise, studies have found only children to be more creative and versatile.

The myth of only child syndrome

Siblings do not seem to improve personality traits. There is simply no research to support the idea of “only child syndrome.”

Only children are similar to everyone else in these ways:

In many ways, onlies act just like anyone else. But they seem to be especially similar in personality to first borns.

Only child vs. first born personalities

Parents may think a sibling might improve their child’s behavior. In fact, the personalities of only children and first borns aren’t very different.

First borns and children from small families also enjoy higher ambition and intelligence. They have more character and a better relationship with parents.

The main difference may be socialization. First borns seem to be more social than those without siblings.

Do only children feel lonely?

Only children enjoy the same number of close friendships. This has been found throughout childhood and adulthood. Likewise, studies find they have the same level of social skills and ability to cooperate, and are no less extroverted.

However, those without siblings may be slightly less popular in early childhood. In elementary school, these children were less liked by classmates. Never-the-less, they enjoyed the same number of friends and the same level of friendship quality as other kids. First-borns did not suffer this fate. Probably all the time struggling with siblings gives children from larger families a social edge.

Luckily, by adolescence, these kids catch up. In a large study of 13,500 kids at 10 high schools, teens were asked to name 10 friends. Only children were just as popular as other teens. Most kids spend eight hours a day at school and enjoy extracurricular activities and friendships. This may have a normalizing effect.

As it turns out, the personality traits of only children, like independence and character, may benefit them as teenagers in social environments. In one study, 39% of teenage onlies reported an episode of alcohol intoxication, versus 69% of first borns. In another study, teens with siblings reported being bullied 50% more often at school than onlies.

Do they feel lonely as adults?

As adults, only children report fewer friends overall, but a similar number of close friendships. Likewise, they spend a similar amount of time socializing with friends, neighbors, and coworkers. Perhaps they seek out companionship that is more meaningful and spend more time with fewer individuals.

Do they suffer from depression?

As children and teenagers, only children may actually be happier without siblings. One large study found that having younger siblings reduced life satisfaction in kids and teens. Another found that teenagers with siblings were twice as likely to suffer from depression. Researchers attributed this to the fact that teens with siblings did not confide in parents as often.

As adults, studies find time and again that adult only children enjoy the same happiness and life satisfaction as everyone else. They do not suffer from more depression, anxiety, or neurotic disorder than those with siblings.

The one child family

Not surprisingly, only children report a more positive relationship with parents. This is true in childhood as well as in adulthood. They even have better relationships with their parents than first borns. These kids also receive individual attention from parents as an infant.

However this does not necessarily translate to more time spent with parents as an adult. Actually, they spend 20% less time with relatives than those with siblings. Naturally, they aren’t spending time with brothers and sisters, nieces and nephews. This amounts to less time spent with family, overall.

Only children as adults

As teenagers, only children were more likely to plan on going to college than those with siblings. This was despite not performing any better academically in high school. Something about the high ambition of these kids seems to fuel their college dreams.

As adults, they tend to reach higher education levels. Likewise, they achieve higher status in their occupations. The combination of having higher ambition, intelligence and other positive personality traits leads to better outcomes in the workplace.

Also, only children don’t have to compete with siblings for parent’s funds. Each sibling reduces the odds by 6% that parents will choose to send a child to private school. Likewise, siblings reduce the amount saved per child for college tuition after controlling for parents’ income.

This means that only children are more likely to be equipped with both financial support and personality traits to help them gain career success.

How they deal with aging parents

Surprisingly, only children do not spend more time caring for aging parents. In a large study, they spent the same number of hours per week caring for sick parents as those with siblings. Similarly, they did not report more stress or burden resulting from their older parents.

The results seem to imply that parents with more children receive more total hours of care. Only children do not seem to feel obligated to spend more time caring for parents, in order to compensate for a lack of siblings. Perhaps, they simply can’t, due to other responsibilities, like career or family. So, siblings may not reduce the burden of having sick parents. However, sick parents may receive less family care with fewer children.

Being an only child appears to increase one’s risk of obesity. This has been shown in numerous studies, from the US, Europe, Australia, Japan, China and Brazil. Time and again, the rate of obesity in childhood is found to be roughly 40% higher for onlies. By young adulthood, the risk is 76% higher for those without siblings.

But the cause does not appear to be lack of exercise. Male onlies watch slightly more TV per day (24 minutes), and female onlies get slightly less physical activity (17 minutes). However, the main culprit appears to be parenting styles.

When researchers accounted for how parents disciplined their kids’ food choices, the effects of siblings on obesity was eliminated. Some parents made negative comments about their child’s food. Other parents forbid their child from eating certain things. Both habits actually increased a child’s risk of obesity. On the other hand, praising a child for making good eating choices reduced the risk.

The percentage of small families is increasing

In 1960, the average American family included four children. Today, two children is typical. However, the one-child family is the fastest growing segment. It has doubled in the past twenty years. Today, 20% to 30% of American families have one child.

Small families are even more common in metropolitan areas. 30% of families in Manhattan only have one child. In Seattle, a whopping 47% are one-child families.

Other countries have higher rates of small families than the US. In Canada, 43% of families have one child, and in England, the figure is closer to 46%.

Is life better for an only child?

These children benefit from higher levels of success in adulthood. They even report being happier during childhood. Their personalities differ slightly from other people but in mostly positive ways.

Overall, the life of the only child seems rewarding and enjoyable. This is fortunate, because they are becoming more common across the world.

I’d love to hear what you think about the lives of only children! Let’s chat in the comments.

See also: Only child benefits – show me the research!