You are here: Home / Family / How to praise a kid, according to science 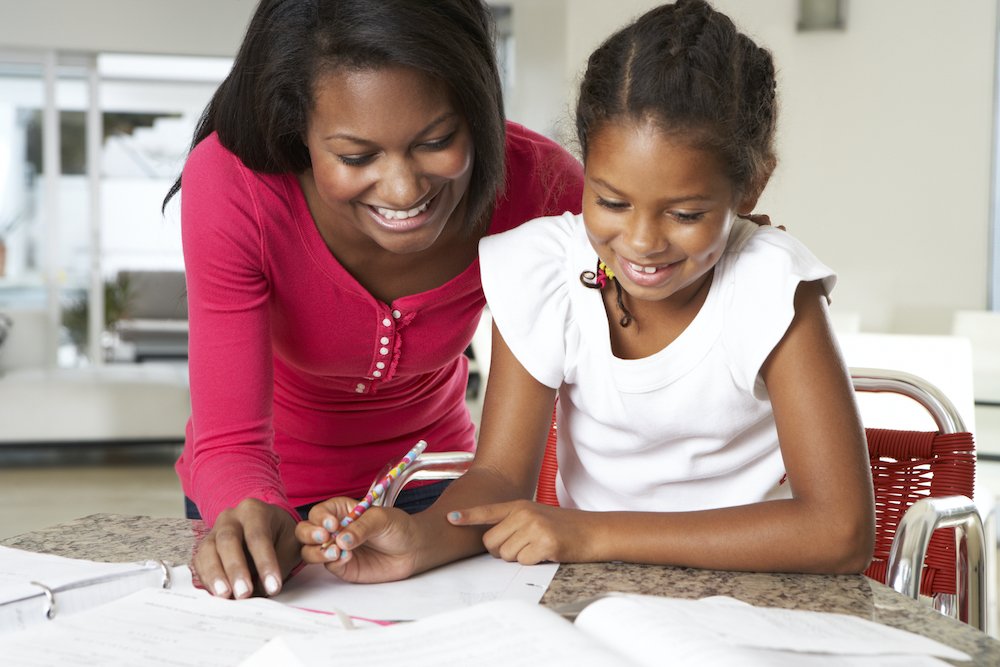 To praise or not to praise

We showed that the parental attitude towards praising their child was significantly and positively correlated with the gray matter volume of the left posterior insular cortex in children. Moreover, we found a significant positive correlation between parental attitude towards praising their child and the personality traits of conscientiousness and openness to experience in the children. Prior studies said that gray matter volume in the posterior insula was correlated with empathy, and the functional connectivity between this area and the amygdala was associated with emotional regulation. Furthermore, the posterior insula relates to auditory function, and therefore, was likely involved in the processing of parental praise. Considering the possibility of experience-dependent plasticity, frequent parental praise would lead to increased posterior insular gray matter volume in children.

While girls whose fathers were especially affectionate and nurturant were less prone to believe that they had caused their own failures, findings generally indicated that parent behaviors characterized as warm, praising, protective, and supportive were positively associated with children’s beliefs in internal control. Conversely, “negative” parental behaviors, such as dominance, rejection, and criticality were negatively associated with beliefs in internal control.

In a cross-sectional study of undergraduates and their parents we investigated parental correlates of three types of positive cognition related to mental and physical health outcomes: optimism, learned resourcefulness, and positive self-evaluation. The correlates were parental self-cognitions, parental approval and disapproval, and offspring’s perception of parental approval and disapproval. Intergenerational effects were observed for learned resourcefulness and positive self-evaluation, but not for optimism. More parental approval was related to more positive self-attitudes in the offspring. For mothers, but not fathers, these relations were mediated by offspring’s perceptions.

Praise, but not prompting, may lead kids to eat more veggies

Low-income mother-child dyads (N = 199, mean child age 6.0 years) participated in a videotaped laboratory eating protocol with green beans, a familiar vegetable. A coding scheme was developed and reliably applied to categorize mothers’ prompting types. The prompting types were: Coercive Control (Sub-Categories: Reward and Pressure-to-Eat), Autonomy Promotion (Sub-Categories: Modeling, Reasoning, Praise, and Question), and Total Prompts (sum of all prompts). RESULTS: Greater use of Coercive Control, Autonomy Promotion-Modeling, and Total Prompts were all inversely correlated with amount of green beans eaten. Greater use of Praise was directly correlated with amount of green beans eaten. CONCLUSIONS: Mothers use different prompting types to encourage their children to eat vegetables depending on their picky eating status, most of which may be correlated with reduced intake.

Praise plus rewards most effective at increasing healthy food consumption

Children chose between an unhealthy food option (a bowl of potato crisps) and a healthy food option (a bowl of grapes) on two occasions. The tangible reward was manipulated by means of a game that the child received upon choosing the healthy product, and the praise was manipulated by means of the teacher’s applause and smiles if the child selected the healthy option. The second trial occurred three days after the first trial using the same food item options. Neither tangible rewards nor praise influenced the children’s choices by themselves, but combining the two substantially increased the children’s likelihood of selecting the healthy food choice. Although initially externally motivated to select the healthy option, the children who received praise appeared to interpret their choice as internally motivated and therefore continued to select the healthy option even in the absence of reward.

Computer praise can lead to increases in learning in young children

The computers are social actors (CASA) paradigm asserts that human computer users interact socially with computers, and the paradigm has provided extensive evidence that this is the case for adults. This experiment examined whether or not children have similar reactions to computers by comparing children’s predictable responses to praise from a teacher to their responses to praise from a computer. Eight- to 10-year-old participants (N= 42) received either praise or neutral feedback from a computer. Independent variables were the feedback (praise or neutral), and participants’ age and gender. Dependent variables measured via a paper-and-pencil questionnaire were learning (recall and recognition memory), perceived ability, and intrinsic motivation. Results provide evidence that children do have social responses to computers and that such social responses can lead to increases in learning (recall and recognition) in young children.

Praise does not increase child compliance

Reprimands and punishment work better than praise for child compliance

The sample involved 570 children and 30 teachers from second grade classrooms in 15 primary schools. The Good Behavior Game was implemented in half of the classrooms based on random assignment within schools. Teacher behavior management (praise for appropriate behavior and reprimands for inappropriate behavior) was observed during regular classroom lessons. Hyperactive, disruptive, and withdrawn child behavior were assessed using teacher and peer reports, global self-concept and emotional engagement were assessed using child self-reports. The results suggested positive effects of fewer reprimands and more praise on child outcomes (except emotional school engagement), although the results differed by informant.

The twin that was praised more at a given age tended to be have more ADHD symptomatology than his or her co-twin at the next age. This is a somewhat counter-intuitive finding, but positive attention such as parental praise is, in addition to its role in healthy parenting behavior, also a classic feature of unhealthy parenting behavior that is warm and doting, but lacking discipline, known as permissive parenting. This is theorized to be the explanation for praise leading to increased ADHD symptoms. Parents of children diagnosed with ADHD (and other childhood psychopathology) are often more permissive than parents of children without ADHD (20), especially fathers (21).

In laboratory studies, praising children’s effort encourages them to adopt incremental motivational frameworks—they believe ability is malleable, attribute success to hard work, enjoy challenges, and generate strategies for improvement. In contrast, praising children’s inherent abilities encourages them to adopt fixed-ability frameworks. Does the praise parents spontaneously give children at home show the same effects? Although parents’ early praise of inherent characteristics was not associated with children’s later fixed-ability frameworks, parents’ praise of children’s effort at 14–38 months did predict incremental frameworks at 7–8 years, suggesting that causal mechanisms identified in experimental work may be operating in home environments.

In a previous study, parent-child praise was observed in natural interactions at home when children were 1, 2, and 3 years of age. Children who received a relatively high proportion of process praise (e.g., praise for effort and strategies) showed stronger incremental motivational frameworks, including a belief that intelligence can be developed and a greater desire for challenge, when they were in 2nd or 3rd grade. The current study examines these same children‘s (n = 53) academic achievement 1 to 2 years later, in 4th grade. Results provide the first evidence that process praise to toddlers predicts children‘s academic achievement (in math and reading comprehension) 7 years later, in elementary school, via their incremental motivational frameworks. Further analysis of these motivational frameworks shows that process praise had its effect on fourth grade achievement through children‘s trait beliefs (e.g., believing that intelligence is fixed vs. malleable), rather than through their learning goals (e.g., preference for easy vs. challenging tasks).

Praising effort may increase self esteem more than praising traits

Praising traits rather than effort may increase depressive symptoms

Conventional wisdom suggests that praising a child as a whole or praising his or her traits is beneficial. Two studies tested the hypothesis that both criticism and praise that conveyed person or trait judgments could send a message of contingent worth and undermine subsequent coping. In Study 1, 67 children (ages 5–6 years) role-played tasks involving a setback and received 1 of 3 forms of criticism after each task: person, outcome, or process criticism. In Study 2, 64 children role-played successful tasks and received either person, outcome, or process praise. In both studies, self-assessments, affect, and persistence were measured on a subsequent task involving a setback. Results indicated that children displayed significantly more “helpless” responses (including self-blame) on all dependent measures after person criticism or praise than after process criticism or praise. Thus person feedback, even when positive, can create vulnerability and a sense of contingent self-worth.

Praising effort leads toddlers to be more persistent, even when parents aren’t around

In Study 1, 18-month-olds and their caregivers participated in two tasks: a free-play task (a gear stacker) and a joint-book reading task. We measured parental language and infants’ persistent gear stacking. Findings revealed that infants whose parents spent more time praising their efforts and hard work (process praise), and used more persistence-focused language in general, were more persistent than infants whose parents used this language less often. Study 2 extended these findings by examining whether the effects of parental language on persistence carry over to contexts in which parents are uninvolved. The findings revealed that parental use of process praise predicted infants’ persistence even in the absence of parental support. Critically, these findings could not be explained by caregivers’ reporting on their own persistence. Together, these findings suggest that as early as 18 months, linguistic input is a key predictor of persistence.

The timing of praise

Praising after failure may preserve self-esteem but reduce perseverance

Seventy-two children (mean age = 5.70 years) completed a test battery that included tasks designed to assess responses to teacher feedback (i.e., insincere praise, no feedback) in hypothetical failure situations. The results showed that children who failed experienced higher levels of positive emotion and self-rated performance and showed lower motivation to persevere when they received insincere praise following failure, relative to those observed when they failed and received no feedback. In addition, relative to children with less mature theory of mind, children with mature theory of mind responded more negatively to insincere praise following failure.

The current research sought to fill this gap by examining whether honesty can be promoted in children by allowing them to observe a peer’s display of honest behavior. The dependent measure was whether 5-year-old children who had cheated by peeking in a guessing game would confess to it. Study 1 showed that simply observing a classmate confess to peeking did not promote honesty. However, children who observed a classmate confess to peeking and receive praise and a small prize from an experimenter did became more honest. Study 2 replicated the effect with a weaker manipulation that involved praise for the confessing peer but no prize, which suggests that verbal feedback alone was a sufficient benefit.