You are here: Home / Family / How Does Helicopter Parenting Affect Children? See the Research 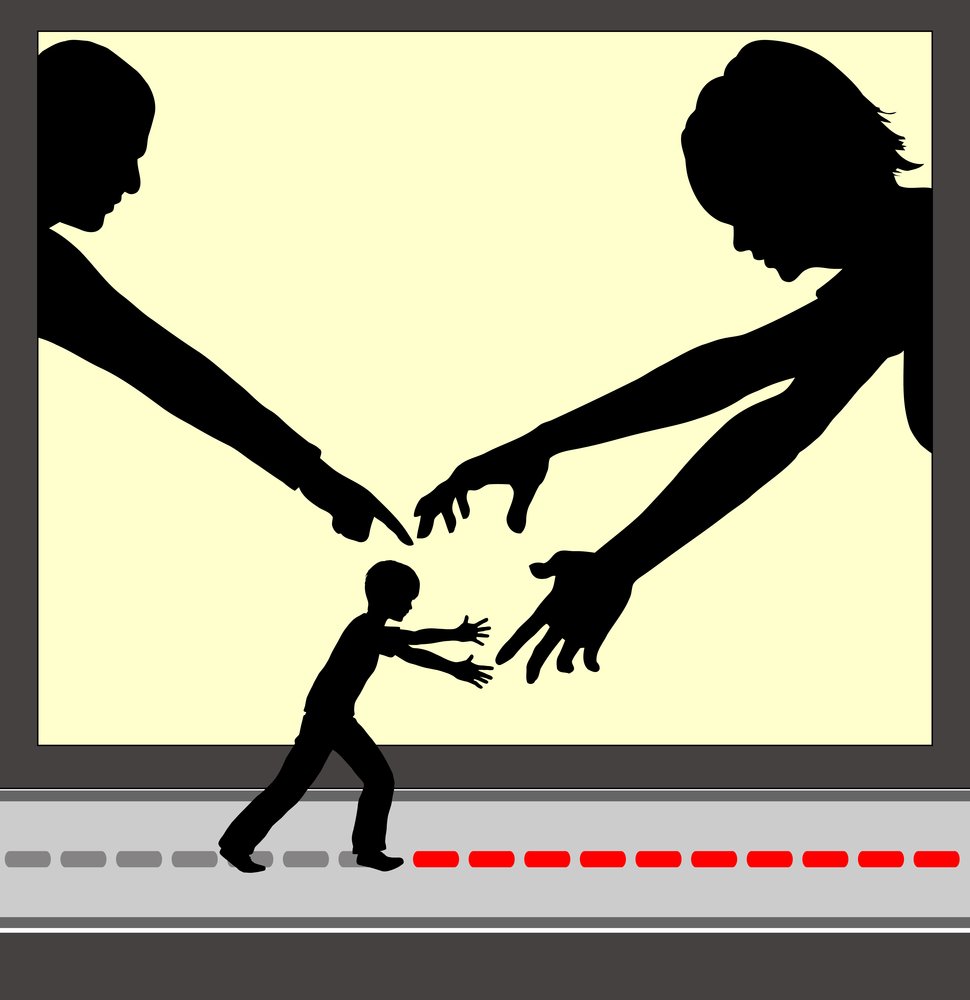 Are you a helicopter parent? Research shows you may be giving your kids anxiety, depression and diminishing their self-directedness.

Care and overprotection appear to reflect the principal dimensions underlying parental behaviours and attitudes. In previous studies of neurotically depressed patients and of a non-clinical group, subjects who scored their parents as lacking in care and/or overprotective had the greater depressive experience. The present study of another non-clinical group (289 psychology students) replicated those findings in regard to trait depression levels. In addition, associations between those parental dimensions and trait anxiety scores were demonstrated. Multiple regression analyses established that 9–10% of the variance in mood scores was accounted for by scores on those parental dimensions. Low maternal care scores predicted higher levels of both anxiety and depression, while high maternal overprotection scores predicted higher levels of anxiety but not levels of depression. Maternal influences were clearly of greater relevance than paternal influences.

Kids with social anxiety more likely to have controlling dads

The clinical impression that phobic patients perceive their parents as being uncaring and overprotective was investigated in a controlled study of eighty-one phobic patients. Those assigned to a social phobic group scored both parents as less caring and as overprotected, while those assigned to an agoraphobic group differed from controls only in reporting less maternal care. Intensity of phobic symptoms in the pooled sample was examined in a separate analysis. Higher agoraphobic scores were associated with less maternal care and less maternal overprotection, while higher social phobic scores were associated with greater maternal care and greater maternal overprotection.

Previous studies using the Parental Bonding Instrument have shown a general trend for neurotic subjects to score their parents as less caring and more protective. Such a finding was broadly replicated in a study of 80 clinically anxious subjects and age- and sex-matched controls. Logistic regression analyses revealed higher odds ratios for parental assignment to aberrant categories in the generalized anxiety group, with panic disorder patients reporting a more limited pattern of overprotective parenting only. Our findings suggest that adverse parental behaviour may be relevant to the pathogenesis of generalized anxiety, while parental ‘affectionate constraint’ may be a parental response to early manifestations of panic disorder.

Timidity and approval seeking associated with loving but controlling parenting

Clinicians often identify parent-child relationships that are believed to be problematic for the child’s future emotional growth, yet there are minimal outcome data on which to base anticipatory guidance. This 2-year follow-up study examined the child behavioral correlates of parental perceptions of increased child vulnerability and parental overprotection. High perceived vulnerability at enrollment was significantly associated with both internalizing (somatic complaints, anxious/depressed) and externalizing (aggressive) behaviors at follow-up. A history of overprotection in the parent’s childhood was not associated with current parental report of overprotective behaviors toward the child.

A study of monozygotic (MZ) and dizygotic (DZ) twins was undertaken to assess further the properties of the Parental Bonding Instrument (PBI), a self-report measure of parental care and overprotection, to examine for associations between PBI and mood (trait anxiety and depression) scores, and to assess the genetic contribution to anxiety and depression scores. Mean correlations on the PBI scales were high and strikingly similar for the MZ and DZ twin pairs, supporting the construct validity of the PBI as a measure of parental characteristics. Higher mood scores were linked with less parental care and greater parental protection, the associations being stronger with anxiety than depression. Finally, methodological limitations in estimating heritability are noted.

Low parental care and parental overprotection have been incriminated as risk factors to depression in adult life. The relevance of these parental characteristics to broad depressive ‘types’ with their varying imputed aetiologies was assessed by having 26 patients with endogenous depression (ED) and 40 with neurotic depression (ND) complete the Parental Bonding Instrument (PBI) self-measure. In comparison to their controls, the EDs did not differ on the parental care and overprotection scales. The NDs, by contrast, were more likely than their controls to report their parents as uncaring and overprotective. A PBI care scale score of less than 10 was particularly discriminating, being reported by 3.8% of the EDs and 37.5% of the NDs. While findings support the binary view of depression in terms of broad imputed aetiological factors, several response biases which might influence the findings are considered.

The proposition that research should be directed more toward assessing qualitative aspects of parent-child relationships is addressed, and the paper summarises aspects of a number of co-ordinated studies. The development and properties of the Parental Bonding Instrument are described and its application in studies of patients with designated psychiatric disorders considered. The measure delineates a parental style of ‘affectionless control’ (involving insufficient care and overprotection), which appears to be a risk factor to neurotic disorder in particular, and the possible nature of the risk factor is discussed.

This work analyzes the correlation of retrospective ratings on parental binding with cognitive patterns in the inmates for property crimes. The instruments used were the Parental Bonding Instrument (PBI), and the Young Schema Questionnaire-3 (YSQ). The preliminary analysis showed a high percentage of offenders who experienced an affectionate constraint parenting. Offenders scored significantly higher than the non-offenders on the level of paternal control and the YSQ subscales.

This study examined differences in perceptions of parental attitudes and behaviours throughout childhood among adolescent delinquents and their matched controls. Male delinquents perceived both parents to be less caring and more protective than did nondelinquents. Female delinquents also perceived their parents as overprotective.

Alcoholics and heroin addicts were compared with a normal control group to determine whether there were differences in quality of parenting during childhood, assessed using the Parental Bonding Instrument. Maternal and paternal overprotection were reported more commonly by narcotic addicts. Maternal overprotection alone was implicated in alcoholics. Narcotic addicts seem to have more disturbed parenting than alcoholics, especially paternal parenting.

This study investigated relationships between parenting style and suicidal thoughts, acts and depression. Students (mean age 15 years) from 4 randomly chosen high schools completed self-report questionnaires containing the Parental Bonding Instrument (PBI) and the Youth Self Report, which provided information about suicide ideation, deliberate self-harm and depression. Assignment by adolescents of their parents to the “affectionless control” quadrant of the PBI doubles the relative risk for suicidal thoughts, increases the relative risk for deliberate self-harm 3-fold and increases the relative risk for depression 5-fold. It seems that the PBI may play a role in identification of vulnerable adolescents; further, it both elucidates aspects of adolescent-parent interaction and points toward areas for intervention with at-risk adolescents. We recommend the use of the PBI in early detection studies of adolescent suicide.

Helicopter Parents and Other Effects

In Study 2, 58 college students were monitored (physiologically) during a class presentation in order to test the hypothesis that perceived parental rearing is predictive of stress through influencing fear of failure. Results from Multilevel Random Coefficient Modeling showed that perceived parental caring was associated with significantly lessened stress compared to perceived overprotection. Modeling the relationships using Structural Equation Modeling indicated that students reporting an overprotective parental style approached the task with significantly elevated fears, had elevated stress during the task, and lower task performance.

A survey of 653 Seventh‐day Adventist young adults, randomly distributed throughout the United States and Canada, compared their perceptions of the way their parents treated them as children with their present commitment to the church. Warm, caring behaviors from parents predicted strong religious commitment when the children entered adulthood. In the case of the mother it also predicted regularity in worship attendance. Of the four styles of parenting, “affectionate constraint,” a mixture of care and control, produced the largest percentage of enthusiastic members and the fewest drop‐outs.

Former participants in a high school enrichment program for girls interested in science careers were surveyed 1 to 2 years after high school graduation. After reporting their college major, they completed measures of science self‐efficacy and quality of emotional bonds with parents. Of the 41 women, 5 were not enrolled in college. Those actually majoring in science (n= 23) reported significantly higher science self‐efficacy than those who were undecided or had chosen nonscicnce majors (n= 13). Science self‐efficacy was significantly negatively associated with recollections of fathers as having been highly controlling and likely to use a “love withdrawal” parenting style.

The meaning of helicopter parenting and what it does, according to science
Next Post: How a second child affects your entire life, according to research