You are here: Home / Health / How Diet Affects Allergies: The Research 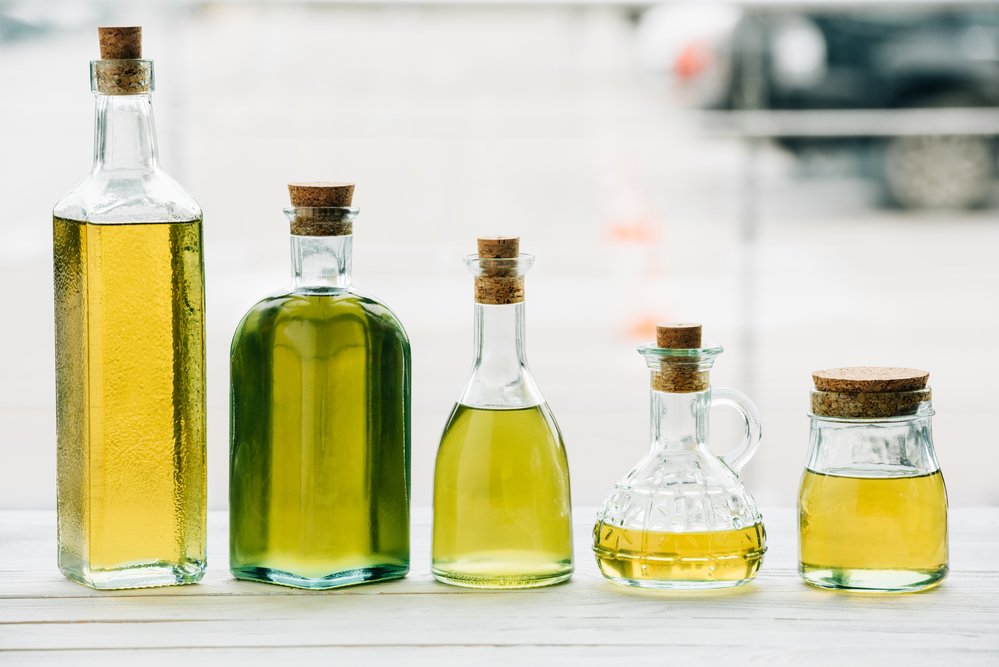 How does diet affect allergies? This article shares current research on the subject, organized by food category.

See also: Fried Foods May Trigger Allergies, According to Research

In recent years there has been a marked increase in the prevalence of asthma, rhinitis, and eczema. We have sug- gested that this is due to an increase in the consumption of linoleic acid and a decrease in the consumption of eicosapentaenoic acid. Linoleic acid is a precursor of PGE2, which in turn may promote allergic sensitization by inhibiting the formation of IFN-γ.1 The International Study of Asthma and Allergies in Childhood (ISAAC)2 has now reported that there is a 20- to 60-fold variation between different countries in the frequency of the symptoms of asthma, rhinitis, and eczema. Symptoms were most commonly reported in Australasia, the Americas, and Northern and Western Europe. In contrast, the lowest frequency of symptoms were observed in a number of Asian countries (including India and China), Eastern European countries (including Russia and Poland), and some Southern European coun- tries (including Greece). Differences in the consumption of linoleic acid could also explain some of the variation in the prevalence of the symptoms of asthma, rhinitis, and eczema reported in ISAAC. The countries with a low frequency of allergic disease differ in many respects, but they do share a low intake of linoleic acid in the diet. The main source of linoleic acid in the diet are vegetable oils, such as sunflower oil, safflower oil, and soybean oil. By using the food balance sheets the grams of fat per capita per day obtained from vegetable oils in Russia, India, and China in 1995 were 15.2, 18.2, and 15.0, respectively. This compares with values for the USA, UK, and France of 62.4, 45.8, and 46.2, respectively. Greece has a high intake of fat from vegetable oils (76.4 g per capita per day), but unlike the countries of Northern Europe or America, this comes overwhelmingly from olive oil, which contains oleic acid, a monosaturated fatty acid, and only contains low levels of linoleic acid.

In many industrialized countries, such as the UK, USA and Australia, large increases in the intake of n-6 PUFA have occurred in the last 30 years (Roberts, 1991). In the UK, polyunsaturated fatty acid : saturated fatty acid intake doubled between 1972 and 1988. The intake of n-6 PUFA rose from 4 % of the dietary energy in the early 1970’s to 6 % at present (Department of Health, 1994). It has been suggested that the upsurge of asthma which has been observed in the UK, Australia and New Zealand is related to these increases in PUFA intake (Black & Sharpe, 1997). The unexplained increase in the incidence of eczema and allergic rhinitis, and regional differences of inflammatory disease within countries, may relate to n-6 PUFA intake (Lewis et al. 1996;Black & Sharpe, 1997). For example, the incidence of asthma is lower in Scotland and the north of England than in the south, and intakes of n-6 PUFA are highest in the south of England (Lewis et al. 1996). Similarly, the incidence of asthma was lower in the eastern part of Germany (where intakes of n-6 PUFA were lower) than in the western part of the country (where larger quantities of n-6 PUFA were consumed; Black & Sharpe, 1997). In southern Finland, the incidence of asthma in rural children is over three times higher than in children from the industrialized east of the country. The levels of n-6 PUFA in plasma cholesteryl esters are significantly greater in the former region, thus conferring a higher intake of n-6PUFA (Black & Sharpe, 1997).

The last two decades have seen an increase in the prevalence of asthma, eczema, and allergic rhinitis in developed countries. This increase has been paralleled by a fall in the consumption of saturated fat and an increase in the amount of polyunsaturated fat in the diet. There is also evidence for a decrease in the consumption of oily fish which contain ω-3 PUFAs, such as eicosapentaenoic acid. In a number of countries, there are social class and regional differences in the prevalence of allergic disease, which are associated with differences in the con- sumption of PUFAs. Linoleic acid is a precursor of arachidonic acid, which can be converted to prostaglandin E2 (PGE2), whereas eicosapentaenoic acid inhibits the formation of PGE2. PGE2 acts on T-lymphocytes to reduce the formation of interferon-γ (IFN-γ) without affecting the formation of interleukin-4 (IL-4). This may lead to the development of allergic sensitization, since IL-4 promotes the synthesis of immunoglobulin E (IgE), whereas IFN-γ has the opposite effect. Changes in the diet may explain the increase in the prevalence of asthma, eczema and allergic rhinitis. The effects of diet may be mediated through an increase in the synthesis of prostaglandin E2 which in turn can promote the formation of immunoglobulin E.

The increase in the prevalence of atopic diseases has recently been linked to altered consumption of polyunsaturated fatty acids (PUFAs). As typical Western diets contain almost 10 times more linoleic acid (18:2 ω-6) than α-linolenic acid (18:3 ω-3), it is the metabolism of the former that predominates. Subsequently produced arachidonic acid-derived eicosanoids alter the balance of T-helper cells type 1 and type 2 thus favouring the production of immunoglobulin (Ig)E. In atopic subjects, the impact of this excessive eicosanoid production may be further strengthened as a result of changes in cyclic nucleotide metabolism exacerbated by substrate availability. Dietary ω-3 fatty acids can have marked influence on both specific and nonspecific immune responses in modifying eicosanoid production and replacing ω-6 fatty acids in cell membranes. Therefore, it is concluded that careful manipulation of dietary PUFAs may play a key role in the successful management of inflammation associated with atopic diseases.

We wanted to evaluate the association between dietary fats, serum fatty acids, and the occurrence and development of atopic diseases. 231 sex- and age-matched pairs in 1980 and 154 pairs in 1986 were chosen, between whom we compared the dietary data, serum fatty acid composition, and occurrence of atopic diseases. Results: According to the cross-sectional data, the children with atopic disease consumed more margarine (mean 8.6 vs 7.3 g/1000 kcal), and less butter (mean 9.4 vs 11.6), than the nonatopic children. Differences supporting these dietary findings were similarly found in the serum fatty acid data. Conclusions: The diet of the atopic children differed from that of the nonatopic children in the consumption of polyunsaturated fat.

Children who consume margarine instead of butter have 30% more allergies

Dietary fat consumption is hypothesized to influence atopy development by modulation of IgE production. Data of a cross-sectional health survey comprising 2,348 children age 5 to 14 yr were analyzed. Information on type of fat used as spread during the past 12 mo, children’s health, and sociodemographic factors were gathered by questionnaire. Compared with butter consumption, margarine consumption was associated with allergic sensitization (adjusted odds ratio 1.30) and with rhinitis symptoms during the past 12 mo (1.41). In conclusion, the sex difference in the association of margarine consumption with allergic sensitization was in accordance with the higher IgE concentrations and atopy prevalence in boys compared with girls. Increased intake of certain polyunsaturated fatty acids might further stimulate IgE production in boys.

Other dietary fats and allergies

To examine the association between nutrient intake and physician-diagnosed asthma and allergic rhinitis, data from 1166 adolescents, 13–17 years of age, were analyzed. Results: In univariate analysis, total calorie and energy-adjusted fat intake were associated with the prevalence of asthma, whereas vitamin A and vitamin C intake showed negative association with asthma. Intake of saturated fats was associated with increased risk (OR = 2.02), while monounsaturated fats were inversely related to asthma (OR = 0.65). None of the nutritional factors was associated with allergic rhinitis. Conclusion: Results from this cross-sectional survey suggest that saturated and monounsaturated fats may have different effects on airway inflammation.

In a population-based cross-sectional survey, the relationship was sought between food frequency and physician-diagnosed asthma and allergic rhinitis in 1166 adolescents. Asthma was associated with intakes of liver (OR = 2.32), deep-fried foods (OR = 2.13) and butcher’s meat (OR 1.84). In a similar analysis, allergic rhinitis was associated with liver (OR = 1.67). No protective effect was demonstrated for any of the food items examined. Protein-rich and fat-rich foods of animal origin were associated with a higher prevalence of asthma in teenagers.

Other dietary factors and allergies

Adhering to Mediterranean diet reduces risk of allergies by 66%; nuts are highly protective

A cross-sectional survey was performed in 690 children aged 7–18 years in rural Crete. Parents completed a questionnaire on their child’s respiratory and allergic symptoms and a 58-item food frequency questionnaire. Results: The intake of grapes, oranges, apples, and fresh tomatoes—the main local products in Crete—had no association with atopy but was protective for wheezing and rhinitis. A high consumption of nuts was found to be inversely associated with wheezing (OR 0.46), whereas margarine increased the risk of both wheeze (OR 2.19) and allergic rhinitis (OR 2.10). A high level of adherence to the Mediterranean diet was protective for allergic rhinitis (OR 0.34) while a more modest protection was observed for wheezing and atopy. Conclusion: The results of this study suggest a beneficial effect of commonly consumed fruits, vegetables and nuts, and of a high adherence to a traditional Mediterranean diet during childhood on symptoms of asthma and rhinitis. Diet may explain the relative lack of allergic symptoms in this population.

A cross-sectional study was conducted in 2004 using a random sample of 1476 children. Dietary data of children’s intake in the last 12 months. A Mediterranean diet score was computed. Adherence to a Mediterranean dietary pattern was inversely associated with asthma ever (OR = 0.60), wheezing ever (0.64), rhinitis ever (0.41), current sneezing (0.71) and current itchy-watery eyes (0.63). Conclusions: Our findings suggest a protective effect of following a healthy dietary pattern on asthma and allergic rhinitis in Mexican children.

Butter and margarine may increase wheezing in children; Fruits and vegetables have protective effect

Baseline questionnaire data on individual and family characteristics were recorded by parents of 5,257 children. A total of 4,104 children (78.1%) were reinvestigated after 1 yr using a second parental questionnaire to record occurrence of respiratory symptoms over the intervening 12 months. Consumption of foods rich in antioxidants, such as vitamins C and E, animal fats, and food containing omega‐3 fatty acids were investigated using a food-frequency questionnaire. Frequency of use of fats was also evaluated. Intake of cooked vegetables, tomatoes, and fruit were protective factors for any wheeze in the last 12 months and shortness of breath with wheeze. Consumption of citrus fruit had a protective role for shortness of breath with wheeze. Consumption of bread and margarine was associated with an increased risk of wheeze, while bread and butter was associated with shortness of breath with wheeze. Dietary antioxidants in vegetables may reduce wheezing symptoms in childhood, whereas both butter and margarine may increase the occurrence of such symptoms.

Fried Foods May Trigger Allergies, According to Research
Next Post: The meaning of helicopter parenting and what it does, according to science